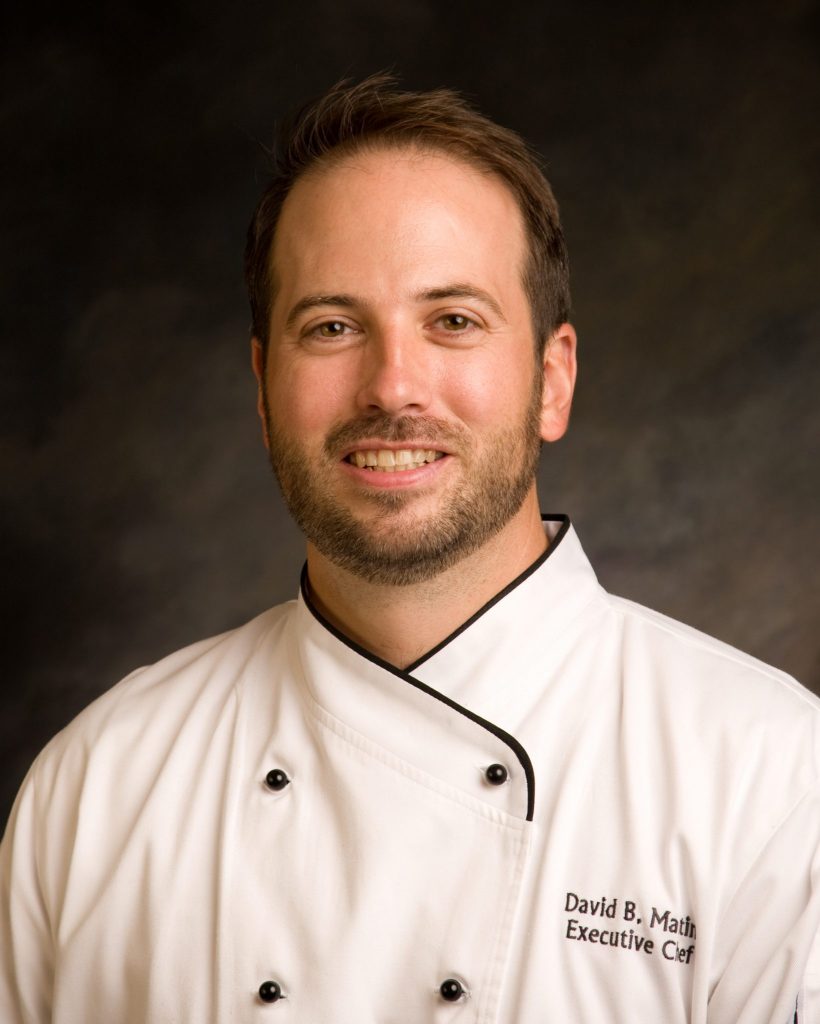 David Martin is the Executive Chef at The Pacific Club in Newport Beach. He will be participating in the second edition of the Chef Masters event benefiting Alzheimer’s Family Center.

I always wanted to be a Chef. I talked about being a Chef since I was nine or ten years old. I would always make Sunday brunch for my parents when I was a kid and would re-create dishes I saw in books and magazines. Somehow, I just knew. I even wrote a report and did a presentation in middle school about being a chef, wearing a toque.

2.    Why did you accept to participate in Chef Masters?

It feels good to be involved. To help people out, to be part of a community, a community of Chefs that come together and raise money and awareness to those in need. That’s magical.

3.    What is your favorite kitchen memory?

Cooking with my grandmother and watching my great grandmother cook. My grandmother’s family grew up on a farm in Kentucky. We would go visit often. My great grandmother would not let anyone in the kitchen, and she would make the most amazing brunches; smoked ham, caramelized apples, homemade biscuits, gravy, country fried steak with caramelized onion gravy…it was insane the amount of food one woman could cook.

But my grandmother and I had a summer tradition, and she would make me pick pole beans from the garden, and she would stew them with a peppery smoked ham and onions, and we eat them in a bowl with homemade cornbread…it was amazing.

Anything that grows in my garden. Sunday nights are family dinner night at my house, those are my favorite meals to cook.

5.    Do you have a personal connection to Alzheimer’s disease or another dementia?

My grandfather was a world war two veteran. He fought in France against the Nazi forces. Unfortunately the last couple of years of his life he suffered Alzheimer’s. He lost memory of his grand-kids, his children and eventually he didn’t even recognize his own wife. It was devastating. He would have nightmares and would call out to friends he lost in the war. People he never talked about previously, and he would have these fits and rants about the Nazi’s and about his safety. It was so sad to watch this brave, strong man become so lost and so scared.

Chef Masters will be held at the Pasea Hotel & Spa on October 27, 2019. For more information or to purchase tickets, please visit www.chefmasters.org.