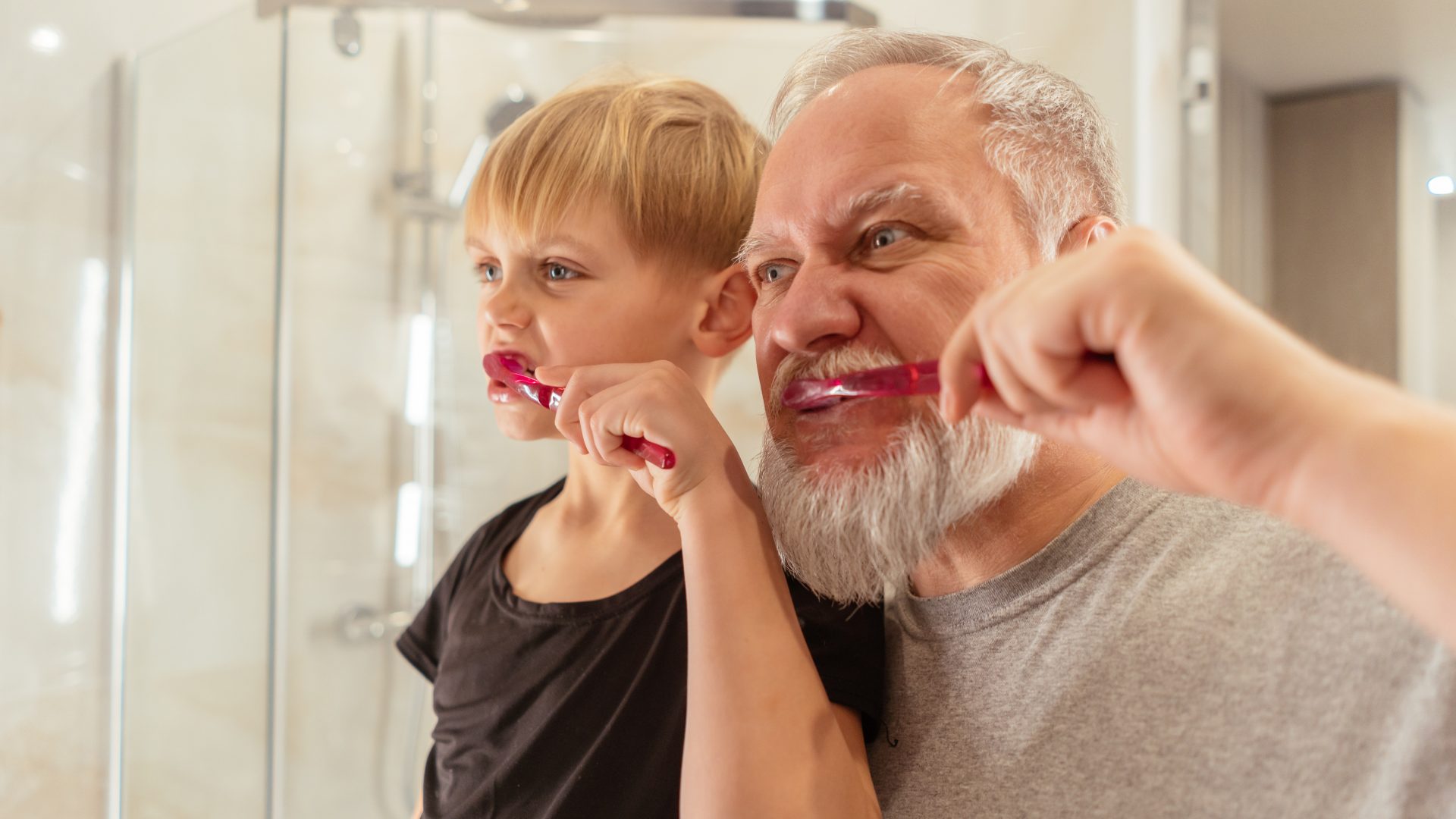 In people aged 65 and older, 10% of the population suffers from Alzheimer’s and 70% suffer from advanced gum disease. Most people believe that dementia is the cause for improper oral hygiene in older adults. However, given the strong evidence, it’s possible that gum disease from improper oral hygiene increases chances of developing Alzheimer’s disease and/or dementia.

Therefore, maintaining good habits throughout the life cycle may prevent the onset of cognitive decline observed in aging adults.

Results of a recent study provide more evidence that Alzheimer’s disease and dementia could be the result of an infectious bacteria. Researchers took brain tissue samples from deceased Alzheimer’s patients and found the exact same bacteria that has been linked to chronic gum disease: Porphyromonas gingivalis (P. gingivalis). During clinical testing, mice were exposed to this same oral bacteria and brain tissue samples were not only found to contain P. gingivalis, but also contained some of the same biomarkers and proteins associated with Alzheimer’s disease. Furthermore, P. gingivalis was found in human brain tissue of patients who were not yet diagnosed with Alzheimer’s, suggesting that the gum infection of P. gingivalis may contribute to the development of cognitive disease.

Caring for a loved one with dementia: how to help with their oral health.

Basic oral hygiene practices become more difficult for the elderly population, especially for those suffering from dementia or Alzheimer’s, and modifications must be made in order to maintain adequate oral health.

Some of these modifications include, but are not limited to:


Another common problem seen in the elderly population is dry mouth, often due to the daily consumption of multiple medications. This condition limits the body’s natural ability to keep the oral tissues clean and increases the risk for tooth decay and periodontal disease.

How to help with dry mouth: 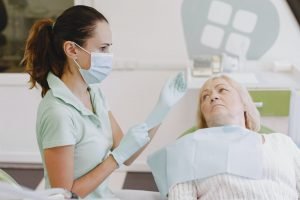 The importance of good oral health.

As the life expectancy for the average adult continues to rise, the importance of good oral health has never been more paramount. Understanding the interaction between periodontal disease and Alzheimer’s and dementia could potentially delay or prevent the onset of these conditions, among others. Dental professionals, older adults, and their caretakers need to be aware of oral health-disease relationships and practice preventive care to prevent disease.

Originally from Yuma, Arizona, Michael received his Bachelor of Science in Biological Sciences with an emphasis in exercise physiology from Chapman University in Orange, California, where he also played varsity football. Prior to attending dental school, Michael worked as a personal fitness trainer and high school football coach, helping many people attain healthier lifestyles. Michael went on to receive his Doctorate in Dental Surgery from the Loma Linda University School of Dentistry, where he developed a special interest for prosthodontics and implant dentistry, spending extra time working with various faculty members on advanced cases. To this day, Michael continues to attend classes around the country in order to strengthen his background in prosthodontics and implantology. Michael is also committed to service, and has been involved in various outreach programs dating back prior to dental school. He traveled to areas such as the Dominican Republic and Zimbabwe, Africa, to volunteer on medical mission trips. In the years leading up to dental school, Michael also volunteered weekly at a free dental clinic in Orange County, assisting oral surgeons and general dentists treat hundreds of patients. And throughout dental school, Michael had the opportunity help run student-led clinics, providing dental care to underprivileged residents of Riverside and San Bernardino counties.

For people with dementia and Alzheimer's, sundowning syndrome is a common change…

Communicating with a person with dementia can be difficult, but a few…